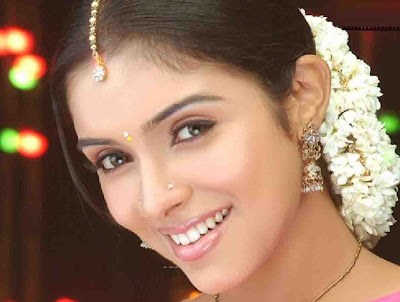 Bollywood, ad films and public appearances - Asin is living out of her briefcase these days, literally. She was recently in Kerala to attend the party hosted by the Kerala government to felicitate the Malayalis who made it big outside the state. Among the invitees were the Oscar winner Resul Pookutty and Parvathy Omanakuttan. Asin’s Kerala visit also has another purpose. She is stretching her muscles for learning the martial art Kalaripayyittu for her movie 19 Steps. Directed by Bharath Bala, the movie also has Kamal Haasan playing a pivotal role.

Briefly addressing the journalists and posing for the shutterbugs, Asin answered a few posers. She declared that she never felt satisfied with her acting skills. “Acting does not run in my genes since I’m the first one in my family to try the profession,” Asin added. She shunned theories that South Indian talents are not welcome in Bollywood. “I strongly believe that talent can get you anywhere,” she said.
No comments: